Su-Fo-Re- had the honour of performing at the highly prestigious Festival of India (Qatar), organised by the Embassy of India in Qatar in collaboration with the Qatar government and Ministry of Culture, Govt. of India; in March 2019. The performances were greatly appreciated by the audience, with the Honourable Ambassador, Mr. P. Kumaran personally thanking them for a “brilliant performance, making India proud.”

" Startling eclectic sounds from Tabla phenomenon Anuradha Pal who pulls it off with wit and panache. It works like a dream." 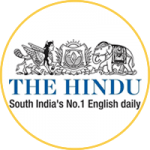 " A mellifluous blend of classical (Hindustani and Carnatic), folk, pop and jazz styles. A band for those who appreciate fusion music."